Members of Team Motorfinity recently visited Newark’s Buttermarket as it proudly hosts a project of international importance in the shape of an exceptional art exhibition titled, ‘Six Million White Roses’.

In a month of remembrance and reflection, the exhibition is dedicated to the six million Jews who were murdered by the Nazis during World War 2. It is rare for such a collection to happen outside London and all the artwork is available to buy with a donation from each purchase going to the National Holocaust Centre and Museum – a charitable organisation run by volunteers at Laxton, Nottinghamshire. 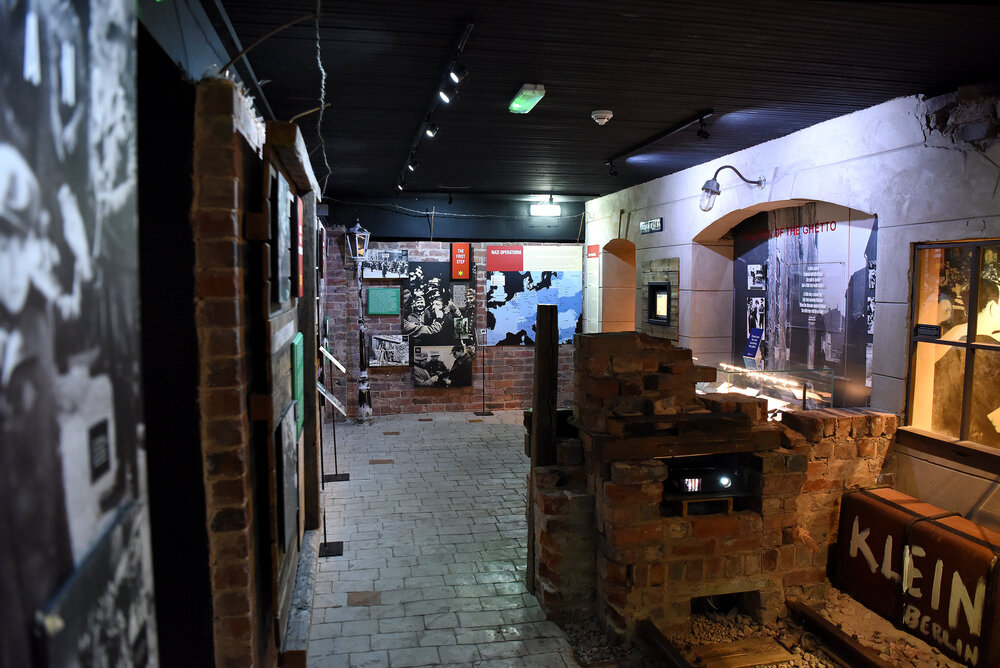 In a collaboration promoted by Susi Wright of Meander and Mooch Art Promotions and the National Holocaust Centre and Museum, forty top UK artists, sculptors and ceramicists have submitted their work to commemorate the victims of the Holocaust, victims of war worldwide, and those who stand up to prejudice and hatred. Up to 150 unique and diverse pieces of art have been included in the exhibition. Artists include Tom Voyce, (Sky Landscape Artist of the Year), Ian Whitfield, Harry Charles Tim, Sue Durham, award-winning sculptor, Sian Bristow, Tina Wetherby, (whose work has been featured in the exhibition poster), and Ruth Schwiening to name but a few.

Ruth is a Holocaust survivor who finds art so important as a means of expressing herself – painting and glasswork speak louder than words for her. Her expression started working with dark charcoal signifying her dark times. She is now a world-renowned glass artist using bright colours as she has journeyed back to the light.

Many art forms have come together in the exhibition including music and poetry – watch out for local poet, Sue McFarlane’s poem written in response to Lynn Whitfield’s painting of a mother saying farewell to her daughter before she sets off on the WW2 Kindertransport. ‘With My Blessing’ is a poignant reminder of the impact of war then… and now.

Lynn has been running workshops at the National Holocaust Centre at Laxton and some the artwork on display is the wonderful outcome of her input.

Team Motorfinity wishes to congratulate all those involved in the collaboration, and we encourage anyone who can, to attend the exhibition which is running daily (except Sundays), from 10.00 – 3.30p.m. until Saturday 26 November 2022.

For more information about the National Holocaust Centre and Museum, visit: